By Rob Shewmake Jan 15, 2022 Comments Off on Will Chesney (Navy Seal) Speech, Q&A, and Book Signing 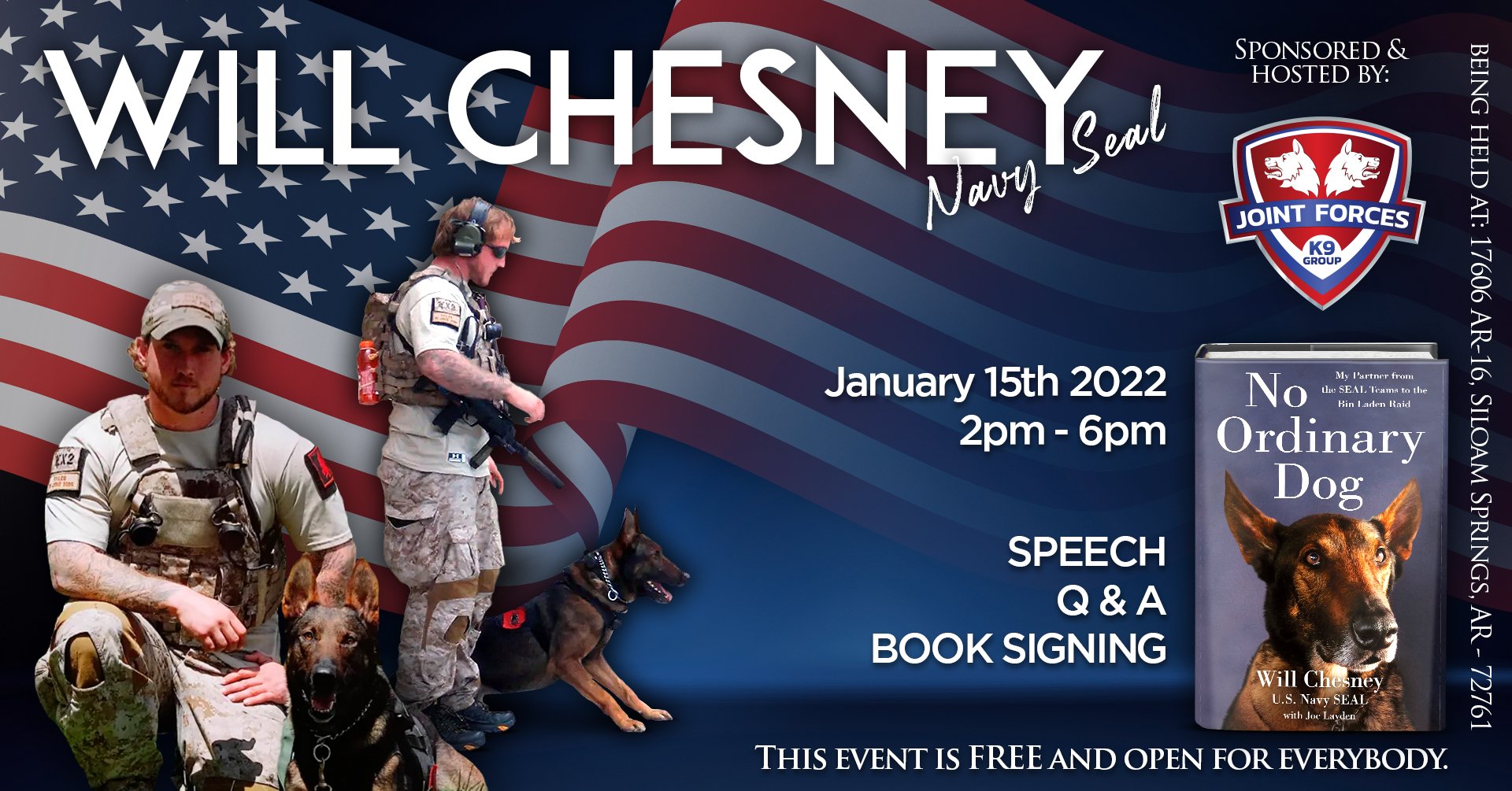 This will be a Speech, Q&A, and Book Signing (No Ordinary Dog) with Will Chesney. This is a FREE event and we will have Hard Cover Books on hand for purchase and personal signing by Will.
THE INSTANT NATIONAL BESTSELLER
No Ordinary Dog is the powerful true story of a SEAL Team Operator and military dog handler, and the dog that saved his life.
Two dozen Navy SEALs descended on Osama bin Laden’s compound in May 2011. After the mission, only one name was made public: Cairo, a Belgian Malinois and military working dog. This is Cairo’s story, and that of his handler, Will Chesney, a SEAL Team Operator whose life would be irrevocably tied to Cairo’s.
Starting in 2008, when Will was introduced to the SEAL canine program, he and Cairo worked side by side, depending on each other for survival on hundreds of critical operations in the war on terrorism. But their bond transcended their service. Then, in 2011, the call came: Pick up your dog and get back to Virginia. Now.
What followed were several weeks of training for a secret mission. It soon became clear that this was no ordinary operation. Cairo was among the first members of the U.S. military on the ground in Pakistan as part of Operation Neptune Spear, which resulted in the successful elimination of bin Laden.
As Cairo settled into a role as a reliable “spare dog,” Will went back to his job as a DEVGRU operator, until a grenade blast in 2013 left him with a brain injury and PTSD. Unable to participate in further missions, he suffered from crippling migraines, chronic pain, memory issues, and depression. Modern medicine provided only modest relief. Instead, it was up to Cairo to save Will’s life once more—and then up to Will to be there when Cairo needed him the most.